These objects are from a collection of press photographs from the mid 20th century, hand marked by cropping instructions from a newspaper sub-editor which, in effect, indicate what the sub-editor thought was the most interesting or useful section of the photograph. I’ve used these sub-editorial marks to delineate a field for my own intervention, in this case an application of pure silver leaf. Although the original subject matter has been eliminated, the surplus material outside of the frame is still visible; arguably it is now the most information rich zone of the image. But the silver leaf isn’t a static field. Like the original silver based photographic emulsion the leaf is light sensitive, and over a period of time will darken and be transformed. It embodies change. So the image now contains a number of temporal registers; the material transformation of the silver leaf, the decay of the original photograph, the evocation of an historical period through a kind of evidence, and a notion of recollection (ie. collecting again) which testifies to the frailty of memory and the impossibility of holding on to the past. 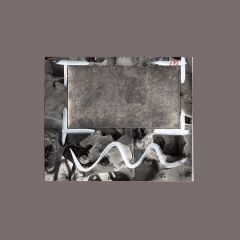 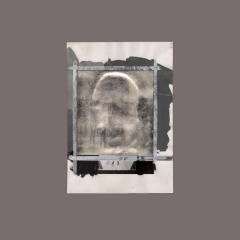 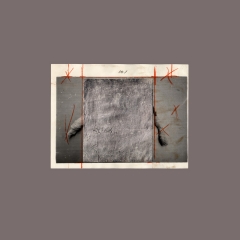 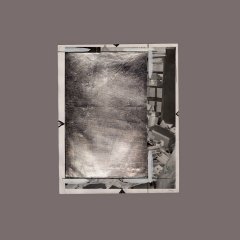 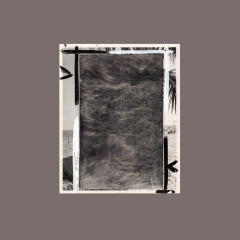 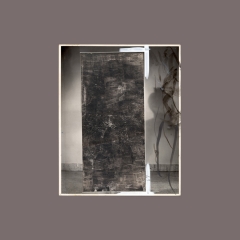