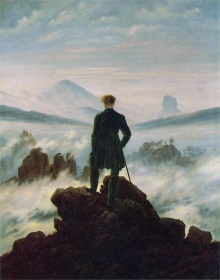 In photography, the Readymade reaches its apotheosis. Everything photographed is necessarily of another place, another time. Photography shares the Readymade’s characteristic displacement of the artist’s embodied individuality and subjecthood. The Readymade is like a prerecorded message from the fourth dimension, the non-spatial topology of the global cultural imaginary.

In the mid 90s I spent a few nights camped at the Yulara resort in Central Australia. At sunset on the first night I watched everyone pile into their SUVs and drive to the designated Uluru viewing points for 15 minutes of frenzied image making using every kind of camera available. As the sun rose the next morning the resort emptied out again, as it did the following evening, as it does every morning and evening of every day of the year. At the time I thought that a great animated movie could be put together from all the photographs of Uluru made over the course of a year; a shimmering meta-landscape constructed by thousands of individuals engaged in a bizarre ritual of mass-imagining, mediated by technology and sentiment and myth.

The internet houses just such a dense repository; a complex fertile cyberspatial terrain of images, each one a kind of recursive Already Readymade; millions of individual interpretations of the pictureable. We’re like a big flock of birds or a colony of ants; everyone checking out what’s going on nearby and copying it, whilst trying not to tread on one another’s toes. Somewhere from the midst of this our notions of the real and the possible emerge.

Rectified Searches began with some image-mining on the borders of this phenomenon, using Google and the three keywords road, chris and fog to excavate hundreds of remarkably similar thumbnails. Because people operate within narrow confines in order to communicate effectively, trying to remain recogniseably part of a group whilst signalling their unique points of view, and because of homogenising effect of the technolgy used to produce them, the images are genre pictures. They are part of an industrialised, institutionalised process of visual code sharing. From these three groups of thumbnails I made a selection of images that appeared to be highly charged and yet evacuated of meaning; flattened, condensed by overuse, iconic somehow.

The lossy jpeg compression used to render images for the Web gives rise to digital artefacts which are more or less invisible at screen resolutions, but when the images are interpolated up for reworking the artefacts form a kind of patina that pushes the image into a new register where noise becomes information, connecting the image into a stylistic tradition of painterly and photographic pictorialism.

In the spirit of Duchamp’s L.H.O.O.Q. and other assisted readymades, I introduced a layer of paradoxical information; a virtual surface, or a virtual present perhaps.

The search terms Road, Chris and Fog each produced groups of images with distinct characteristics, and each group was manipulated differently, but together the three keywords make up a “title set” in which a network of connotations ramify and resonate to form a kind of poetics.

Some time ago, all roads led to Rome, but after Baudelaire and Kerouac and Hollywood, the Road is now an end in itself, a genre. The Road is a narrative device with a built-in notion of existential search – a search for self-hood, self-realisation, self-transformation. The Road is about identity/individuality, movement/change, and destiny.

Roads always join someplace to someplace else, they are like spatio/temporal folds which reduce the amount of energy required to activate one place in terms of another. They pull places closer together, they are zones where time takes on another register or is suspended and split, as it was for the crew aboard Kubrick’s Discovery spacecraft, locked into its fateful post-Newtonian trajectory with Jupiter in 2001: A Space Odyssey. The road is concerned with the transition from one moment to the next, a threshold state where identities come under erasure. This is T.S. Eliot in The Four Quartets:

“. . . not escaping from the past
Into different lives, or into any future;
You are not the same people who left that station
Or who will arrive at any terminus,
While the narrowing rails slide together behind you”(2)

Our individual journeys look pretty coherent, retrospectively. Shifts of direction seem like decisions made. It appears there has been a singular identity negotiating the pathways through an effort of will and the careful conscious exercise of choice. Every point on a path taken rests on a dense dark network of paths not taken. And since it is impossible to roam all roads, the fatalistic notion of that all roads lead to Rome might offer comfort. I am, therefore, the observer of my observations, the file containing my accumulating choices.

On the road however, the framework has a tendency to dissolve, like the celluloid infinity burnout in Monte Hellman’s Two-Lane Blacktop, which signaled the end of the possibility of an objective observer, a traveller not travelling. This is surely to be welcomed, isn’t it, the embrace of the Absolute, from one moment to the next?

I’m floating on the surface of the ocean wearing a faceplate and snorkel with the sun directly above my back, looking down into limitless green depths penetrated by converging sunbeams. The sound of my breathing reminds me of Dave Bowman on his way to unplug HAL. Where does my imagination start and finish? What kind of threshold is my epidermal gooseflesh? Is my sense of self merely a network epiphenomenon, a local manifestation of the global cultural imaginary?

The Global Cultural Imaginary – a dense fuzzy thicket of interconnections and possible selves – an identity sink, an iSoup. There are a lot of Chrises adrift out here – rock stars, murderers, suits, nerds, saints – and we are as one, unified by a characteristic alphabetical configuration in our file names.

Consider the turbulent non-material space of the Web. It emanates from a nuts and bolts architecture of silicon and plastic and copper and glass in which strange electronic and quantum processes are at work, and which is in turn pinned to a substrate of rocks, water and air, via complex protein foldings and endocrine driven opposable thumbs. Three recursive control environments; distinct but interdependent and interpenetrating levels of abstraction within a meta-network of unfathomable complexity. The Web is a world which grows wide from accretions and distortions brought about by the activity of the individuals who make use of it. It expands from the centre; it has as many centres as it has active participants. It constantly bubbles up from inside itself, as individuals connect bits of it together to form microworlds which can be connected to other microworlds, transforming information to form a diversity of abstractions; picking flowers and trampling things underfoot.

There are probably billions of jpeg files online, an undifferentiated fog of noise spread over the web’s phase space. Through the application of a sieve, a search filter (such as: “select jpeg files which have the letter sequence CHRIS in their file names”), a constellation of files that were previously randomly distributed throughout the space is formed. The links expanding out from the newly clustered files are also realigned. From the observer’s point of view, the web’s entire phase space has been bent, its co-ordinates recompiled in terms of the search criteria, creating a kind of ripple or a wormhole centred around the observation.

Subsequent filter sets applied to the cluster (such as: “select those files which look like you’ve seen them a hundred times before”) generate cascading levels of refinement and specialisation, each level leaving a trace, a flavour, a spin, of resonant affinities. The whole contrivance becomes a kind of gravitational vortex which modifies the terrain, however slightly, dragging in stuff from near and far.

Within such an odd space, what might appear to be co-incidence is the rule rather than the exception. With a population of communicating observers dynamically producing clusters like this, the space acquires a characteristic granularity, neither completely random nor completely ordered. It becomes a Small World,(3) where every image is somehow connectable to every other one by only a few steps. The network is sparse; clusters may have a few images or thousands and most have only a few. And it’s decentralised; there is no single cluster to which all the others are connected. The clusters overlap to varying extents, and it takes only a few random connections between clusters to bind the whole thing together in a robust and flexible way, even if the clusters are mutating, expanding, contracting, dropping some connections and establishing others. This is what makes the web searchable. This is what makes the world imagineable.

The world is a network of dynamically interacting relational databases, compiled from earth, air, fire and water, and part of my job is to place this bit next to that bit, so shortly after reading Erwin Schrödinger’s 1935 paper The Present Situation in Quantum Mechanics(4) I tried Fog as a keyword. This is the paper that introduced the grim Schrödinger’s Cat thought experiment, in which the fate of the cat is decided by the experimenter’s action of observing the fate of the cat. The possible fates of the cat are indistinct, blurred together, until the observational intervention actualises one of them. Schrödinger’s essay suggests that certainty is a matter of probabilities, an effect of cascading filters; measurements, or interpretations, of fundamentally uncertain phenomena. In a section of the essay subtitled “Are the variables really blurred?” he states,

“There is a difference between a shaky or out-of-focus photograph and a snapshot of clouds and fog banks.”

My machine-assisted search for fog could be described as a plundering of these hypothetical fog banks (the memory banks of the global cultural imaginary), which retrieved some out-of-focus photographs of fog. I like the idea that if you take something indistinct, and fold it up on itself enough times, you end up with something distinct, something that can’t be folded any further. An entity. An identity. And this identity exerts an attraction on others, through affinities that may or may not be discernible, forming a probability bridge – a road less travelled, perhaps.

It was whilst crossing of one of these bridges that one of the rectified fog images induced, unbidden, the retreival of Arnold Böcklin’s Isle of the Dead from my memory, accompanied by this song.

“There’s a fog upon L.A
And my friends have lost their way
We’ll be over soon they said
Now they’ve lost themselves instead.” (5) 4. This translation was originally published in Proceedings of the American Philosophical Society, 124, p.323-38, and then appeared as Section I.11 of Part I of Quantum Theory and Measurement, J.A. Wheeler and W.H. Zurek, eds., Princeton University Press, New Jersey, 1983.