A review by Simon Barney of Between Three Sites, three simultaneously exhibited installations in Sydney during October 1993, at The Performance Space Gallery, First Draft (West) and Selenium.
The review was published in Agenda #35, 1994. 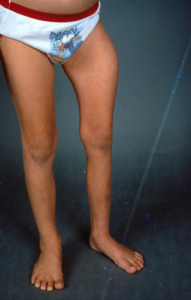 Installation is an art of deception. This is not a simple matter of trompe l’oeil, but the more burdensome residue of the promise that installation once offered. In a world where it is no more than another formal option, it struggles (usually unwittingly) with the grand claims that still stick.

Remember when installation was the paean for a disenfranchised viewer? When it could claim to be a progression from the outmoded formats which preceeded it; the ‘rigid hierarchies’ of Painting and Sculpture? Nowadays there are artists and critics who regurgitate the assumed qualities of site-specific installation like an old litany – as though declaring that the work operates on a political level could make the wish come true. The deception is that the form is in itself progressive. The installation format invariably refers viewers to the old claims made for it; it finds itself burdened by its own history. Just as installation was once by implication a critique of the formats which preceeded it, to remain viable it now needs to examine its own devices.

A conundrum of description attaches itself to the work of Chris Fortescue. This stuff announces itself as site-specific installation. The cliched line on such work – the sort of thing you’d find now in your daily paper – would focus heavily on ‘subverting dominant hierarchies of viewing’, the ‘visual versus the kinaesthetic’, the humility (femininity) of negotiating context versus the traditional object (art property). Oh yeah, and temporality. From this baggage of socio-political enlightenment, we derive the terms for defining ‘contemporary’, ‘critical’, ‘innovative’ work. Hence the current critical ineffectiveness of installation. If the form still has any spark it can only be ignited with self mockery. If you take work like this at face value, it becomes very pedestrian – its themes of challenge overly familiar. But such an uninteresting and seamless response would only here be possible by ignoring the uneasy ambiguity of these dry concoctions.

Visiting the three installations is like looking at the endgame of the old formal critique. The contradictory options available make a resolved view of the work unsustainable. But before discussing conclusions, a brief description of the work may be of some value.

The first room in the Performance Space might be described as kinda empty. The long wall on the right as you enter is painted about halfway with a colour that might be described either as ‘coffee bean’ or ‘poo brown’. The rest might be a colour called ‘lavender delight’ or perhaps ‘middle aged mauve’. On the wall near the line where the colours meet is a framed photo of a boy’s legs. The top of the image cuts him at waist level. His underpants are printed with an image of Daffy Duck. After a while you realise that there isn’t a warp in the glass – the kid’s leg has been morphed or is congenitally crooked. The photo is either a medical record or an artist’s careful contrivance of such an image, complete with its inadvertent formal qualities. The rest of the gallery is kinda empty too. The other two rooms are also painted, one in brown the other in mauve. Near the arch that links them is what could be called a white thing – a pair of identical white enamelled boxes placed one atop the other. After a while their size, rounded edges and colour suggest a refrigerator. At the other two locations are found similar artful positionings of so-called ‘non-art’ elements.

Each of these works is critically concerned with the display and viewing of art. The problem these days (for description) is that what looks most like art is the stuff that tries hardest to defy expectations of the artwork or gallery. Here we have the removal of the track lighting, and in a large gallery of three rooms the placement of just one (mock) sculpture and just one framed image, both of which might be called of ‘average’ size. The gallery is otherwise filled by the painting of the walls. Fundamentally, the work exists as a response to conditioned viewing. It offers the look of art, the format of an artwork, while deliberately failing to deliver on the expectation created. Everything is equivalent. The question it leaves is whether this is a mere reduction to sameness, ‘an inevitable failure consequent on our contemporary fixation with the artworld’, or more promisingly, ‘a theme unique to our time, a response to the seeming impossibility of progressing stylistically, of making something that at least for a moment, doesn’t look like art’.

It is the over-familiarity of gestures and devices that makes something a parody of itself. In these rooms the uncertainty about what is mock and what is genuine turns potential sensory experience into a wry impenetrable game. Even the seemingly emotive elements are so displayed as to throw out a curious emptiness, even redundancy. Is the atmospheric wall colouring mock painting or just Dulux lo-sheen? And the jokey underpants are being worn by the straight man. The rooms contrive an arid vacuum that makes the reading of the components uncertain, ambiguous, devoid of face value. And all the while the viewer is looking for the art-experience, so that despite the artist’s attempt to eliminate surplus information, personality still manages to seep out. Viewer and artist are free to engage in games of ‘I know you know that I know’ etc. And the viewer who doesn’t need to be yet again re-informed (remember the informed viewer?) finds solace and enjoyment not in the programme but in the inadvertent, the surplus.